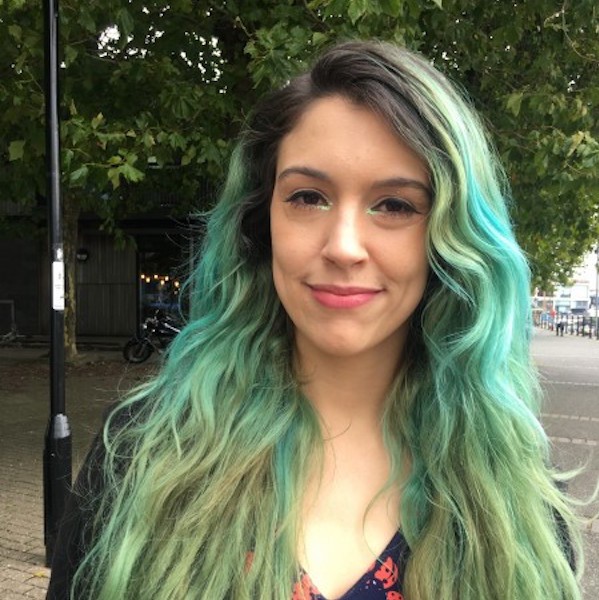 Antonia is a genre-defying science presenter, comedian, and lyricist. A published biologist with an MSc in animal behaviour, she is known for blending scientific expertise with radical science communication techniques. She is a member of the Science Showoff Talent Factory - a collective funded by the Wellcome Trust - and has performed at Kew Gardens, At-Bristol Science Centre, Wilderness Festival, BBC Radio, and more.

Her talk for TEDxBristol will combine her love of performance with her passion for science - she will challenge the idea that LGBTQ and polyamory are "unnatural", using an unusual but enthralling combination of biology and rap.

She says, "The need for clear, compelling science is higher than ever. In our "post-truth" world, facts are disregarded, prejudice is rampant and tensions are rising. Bigots (even politicians) are abusing biology to justify discrimination against minority groups, including LGBTQ people."

With personal experience of this, Antonia has heard slurs like "biologically defective", "freak of nature" and "unnatural". This stigma caused her to wonder: are our ideas of "normal" really based on biology? What is "natural" anyway?

Her TEDx talk will take us on a jaw-dropping tour of the animal kingdom, showcasing its diversity and complexity. Does polyamory exist in animals? Do homosexual pairs raise young? Do animals change sex? Do any animals have no sexes, or more than two? Prepare to question your most fundamental ideas of love, sex, gender, and relationships... through a combination of science, comedy, and rap.

If you experience prejudice for your sexuality or identity, you have two choices: change yourself, or change the world. I refuse to stand by while bigots (no matter how powerful) abuse biology to defend their views. I will use every skill that I have - scientific and musical - as a weapon to fight for a better world.