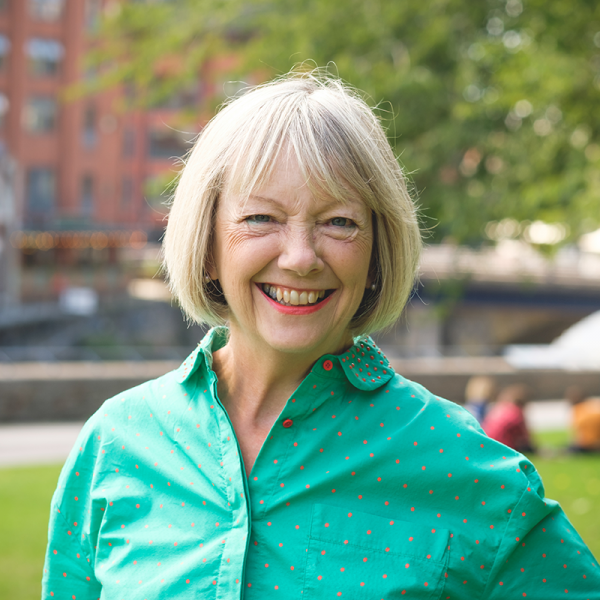 Born in 1948, the eldest of four children, Fi went to St Hilda’s College, Oxford on a full grant to study Modern Languages. Shortly afterwards she married Andrew, the young man she met while they were both taking part in a speaking competition on why the UK should join the Common Market. She won the competition and nearly 50 years later they are still together. During that time Fi worked as a librarian, raised two sons and gave her time to a wide variety of voluntary work, including running a Christian retreat house.

Fi’s environmental ‘lightbulb moment’ came while living in France in the early 2000s. It was during this time, when she was engaged in a period of deep spiritual reflection, walking the hills and studying the writing of Marion Woodman and Joanna Macy, she heard the trees screaming during the heatwave of 2003. Her mounting fear for the natural world and desire to speak out brought her back to Bristol, where she immediately threw herself into environmental activism. A dedicated member of ‘Grandparents for a Safe Earth’, over the last decade she has dressed up as a polar bear, a spider monkey and an orangutan, signed hundreds of petitions, lobbied her MP and occupied the Department of Business, Energy and Industrial Strategy for six hours in June 2018. Since its launch in October 2018, Fi has been an active member of Extinction Rebellion.

It’s time to reboot retirement. This is not the time to rest on our laurels, 'spend the children's inheritance' or to stay at home feeling unwanted and lonely. We can use skills honed over many years, be part of vital and necessary action and preserve the precious compact between the generations. We have never been more needed and more valuable.