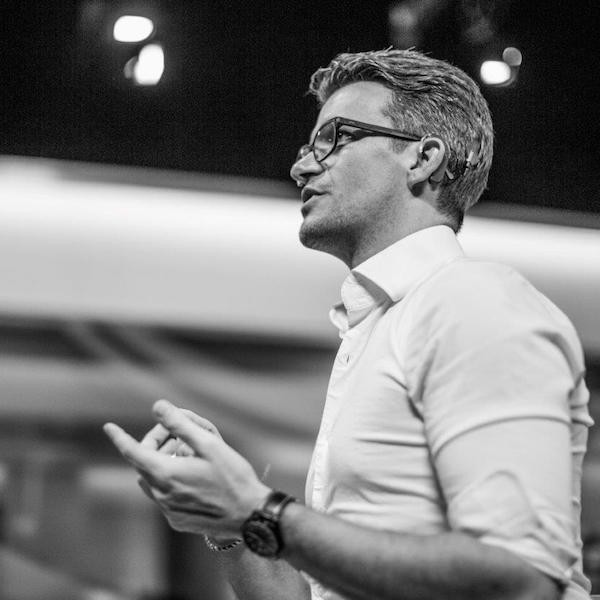 William Mager is the Series Producer of the BBC’s long-running television series for deaf people, See Hear. Born deaf himself, he was brought up to speak and lipread in a hearing family – learning to sign when he met deaf people in London for the first time in his 20s. Later in life he became "part-man part-machine", when he was given a cochlear implant to give him additional hearing.

William has made several award winning films, shown around the world, likes to think he can surf, can hold a headstand for five minutes, and has perfected the making of three cocktails: the Old Fashioned, the Vesper and the Negroni.

For TEDxBristol: Dare to Disrupt, William will talk about how the deaf culture is disrupting how we communicate for the better, and will reveal how the traumatic discovery of a secret as a teenager has disrupted his life to date – and why he’s made the decision to talk about it in public for the first time.

I understand, now more than ever, that life is short, and that we are all on the same journey. For all of us, the destination is the same  and its how we get there that matters.